In my previous post, I blogged about my sister who lives in Kansas City. Like me, she is very proud of her Cajun roots and both she & her husband are making sure that her kids grow up with knowledge of the traditions of our culture. The boys are also attending a French immersion school near their home and the eldest is already fluent in the language. This was something my sister really wanted for them so they could further appreciate the history of the Cajun culture. They also host an annual Mardi Gras party each year, the kids know how to paque eggs at Easter and I’ve demonstrated the joys of popping fireworks with them (yes, there’s a funny story there, too….subject for another post).

I suppose you can say the trouble began about a week prior to my visit when my brother in law posted the following on his Facebook page: “My boys want to catch a squirrel and eat it.” I replied “That’s their Cajun heritage coming out” and we all got a good laugh out of the whole idea. Little did we know how serious they were about this… 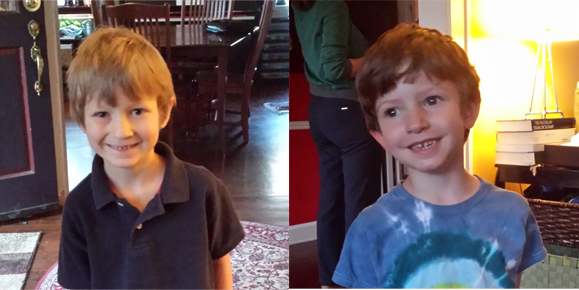 A bit of backstory….

My brother in law is an avid gardener and the squirrels are a nuisance in his yard, so he invested in a wire trap (like this one), which he’ll use to trap the little vegetable thieves and relocate them to another part of the city. I’m assuming the boys had seen him bait the trap, set it and catch squirrels. I have no idea where they came up with the plan to cook it and eat it, too…that must just be in their genes.

On the day of my arrival, we pick up the boys on our way back to her house and pull into the driveway. They immediately run to the backyard and exclaim “We got one! We caught a squirrel!” and my sister and I look at each other with a bit of wonder. I figure she’s in on the deal. We check the trap and there’s definitely a squirrel in there. Not too bothered by the whole thing, we usher the boys inside and my sister calls her husband at work. While they’re on the phone, she mentions the squirrel and he seems surprised and only then does the real story come out. He didn’t set the squirrel trap nor was he aware that the boys had done so. Those two little sly guys must have planned and executed this mission all on their own. Did I mention they are 4 and 6? 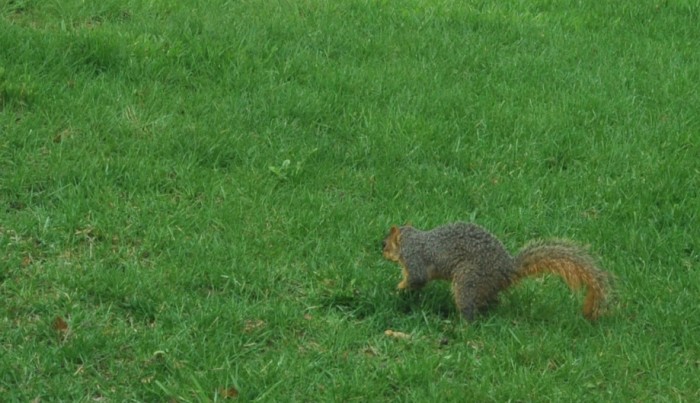 As she’s discovering this news, the boys run into the house carrying the trap (with squirrel still inside) and can hardly contain their excitement. They make it as far as the foyer and my sister catches on to the fact that there’s a caged squirrel in her house carried by her two little squirrel hunters. I had to laugh when I heard her scream “No, no, no, no, no! Out of the house. The squirrel CANNOT be in the house, boys. Outside! NOW!” and escorts the whole parade of insanity into the backyard. She then explains to them how the squirrel could be angry and he is a wild animal and wild animals do not belong in houses. Upon further questioning, the boys revealed that their secret bait was a cookie and obviously squirrels like cookies because he certainly took the bait.

Shortly after witnessing this whole situation, I begin to realize just how tame my life is without children, but I’m also very thankful for my peaceful, boring life. This was definitely something I was glad to witness so I can remind them of the story as they mature into adults.

If you’re wondering what happened to their furry friend – he was relocated to a park across town when my brother in law arrived back at home. He and the youngest went to introduce him to his new home.

So, have you ever eaten squirrel? I can’t say that I’ve ever knowingly eaten squirrel. Sometimes you never really know what that piece of meat is in the gumbo…What’s the oddest animal (or animal part) you’ve eaten? Share your story below!