The expression “A Ragin’ Cajun” is something most people have heard. After all, it’s the mascot of ULL (that still sounds funny – to me it’s still USL). Did you ever KNOW a Ragin’ Cajun? Well, we did. He was a family friend all throughout my childhood. Recently, I found some vintage photos when going through some stuff in my basement and low and behold, there are a few photos of The Ragin Cajun from my youth. 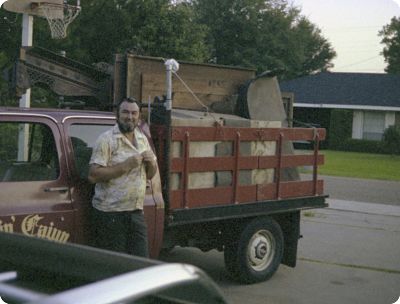 His name was Rodney Fontenot and he was best described as a unique individual who was skilled at finding antique treasures. He was a picker before it was cool. He’d gather all of his finds and set up an antique shop in whatever city he happened to call home at the time.

My mom recently gave me the details on how they came to know the Ragin’ Cajun (we never called him by his given name, only by his nickname). My parents met him in New Orleans – they lived there while my father attended law school. My father loved antiques and realized that this guy really knew his stuff. It was a win-win deal for both of them as my father was likely one of his best customers. 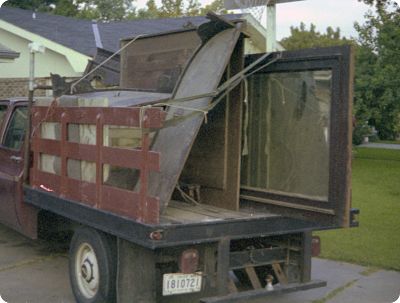 The Ragin’ Cajun’s treasures heading to his antique shop

All I remember about his antique shops were that it was a jumble of stuff all piled up and nearly bursting through the property lines of the property where the shop was located. My mom recalls that he became like an adopted family member. He moved his store to Lafayette once my father graduated from law school and when we moved to Washington, his shop moved there as well.

Did you know of a Ragin’ Cajun in real life? Tell us about them below…