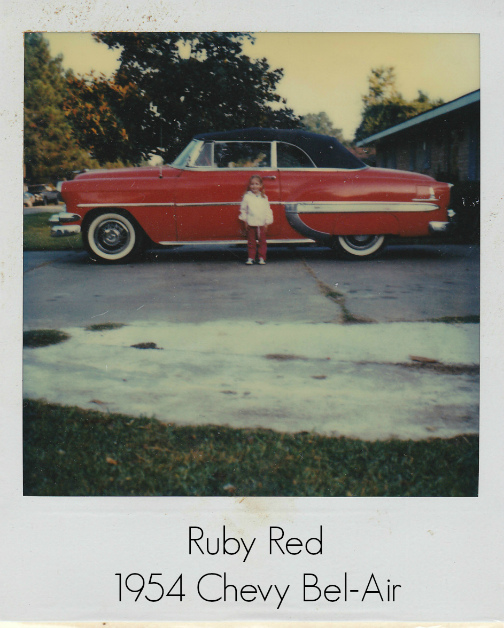 As I’ve covered in a previous blog post, my father collected and restored antique cars. Yellow Bird (1922 Chevrolet) was always the constant in our family, but we also had various other cars that he owned throughout our youth. Another family tradition was that we gave the cars names. My mom’s brown station wagon was “Buckskin Bill”. It was just normal in our family to name the automobiles. I suppose we’re silly that way.

One of  our other favorite antique cars was a 1954 Candy Apple Red Chevrolet Bel-Air. Her name was “Ruby Red”.

Ruby was a show stopper – but she was also heavy and slow. I suppose you could say she had some “junk in her trunk”.  She was curvy and beautiful – typical for cars in the 1950’s era.

People would stop and look when we drove by – it was much more comfortable than the ‘22 Chevy. In comparison to the Yellow Bird, it was amazing to see the difference 30 years made in the technology related to cars. 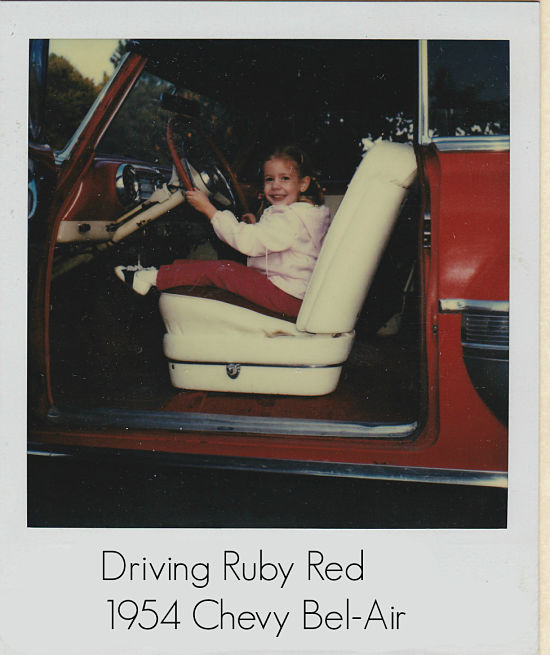 My father also had the idea to give her a bit more personality – he installed these fancy horns that would play songs when you sounded the horn. As if the car wasn’t enough of a sight, she also commanded attention with her fancy-pants horn.

I often wonder if we were the only family that thought it was fun to honk the horn while going through the Jefferson St. underpass. Did anyone else’s family have that tradition as well?

Did your family name their cars? Tell us about your family’s automobile’s names in the comments.