A few years ago, I met a fellow Cajun who had moved to the Atlanta area from South Louisiana. He was a bonafide Cajun from Thibodeaux.  A few minutes into our conversation, I found myself giving him advice and commiserating on a few things that all Cajuns should know/realize when they move away from the “homeland”. I thought I’d share them with y’all. Anyone who has ever moved away from Acadian will certainly be able to relate to these… 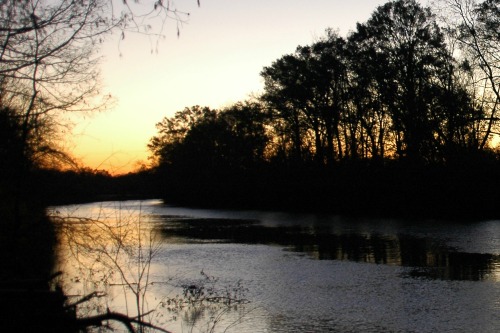 Sunrise along the Vermillion River in Lafayette, LA

(1) No matter how awesome everyone tells you the food will be, you’ll likely be disappointed

When I moved to Atlanta, everyone would rave about the awesome restaurants out here. By and large, any restaurant I went to after hearing rave reviews from acquaintances was typically a disappointment. Lacking in flavor and spice. I soon realized that you just can’t compete with Cajun cuisine. With time, you’ll learn to lessen your expectations of “outside food” and it will be easier to adapt. It’s taken me about 8 years, but I’m finally getting there. There is NO substitute for Popeye’s fried chicken, though. Any other fried chicken is merely a disappointment.

I moved to Atlanta just after graduating from LSU, thinking the adjustment would be less because I was at least staying in the “South”. The truth is that Atlanta is more of a melting pot – most residents have relocated from a variety of areas around the country. While outlying areas may be more friendly than those closer to the city, it’s still not the same friendly openness you encounter in Cajun country.

In South Louisiana, people will offer to help you whenever they sense you may need it. People will go out of their way to help you. If they see that you’re waiting in the slow moving line at the donut place (seriously, this happened to me and my husband last time we were home), they will offer to let you go before them since it’s just the nice, fair thing to do. That same kindness, common courtesy, and concern doesn’t exist anywhere else on this earth that I’ve found.

Another fact that I didn’t realize until moving away from Louisiana is that Cajuns are very tolerant of colorful language and the consumption of adult beverages. The rest of the South is not nearly as tolerant as I was accustomed to while growing up in South Louisiana. Upon moving to another state, I realized that colorful language was offensive to most people, there are individuals who do not drink alcohol and people in the South are generally MUCH more conservative, uptight and easily offended than Cajuns.

(4) You’ll find yourself explaining common Cajun terms all the time….

Once you move outside of Acadiana, you’ll quickly realize how our vocabulary is unique to our region. In Lafayette, it’s common to say “Mais Yes, Cher!”, but you say that in your new home city and people will look at you like “What’d you just say?” You might refer to something giving you the “frissons” and get a strange look. I also constantly get questions on how to pronounce my last name. 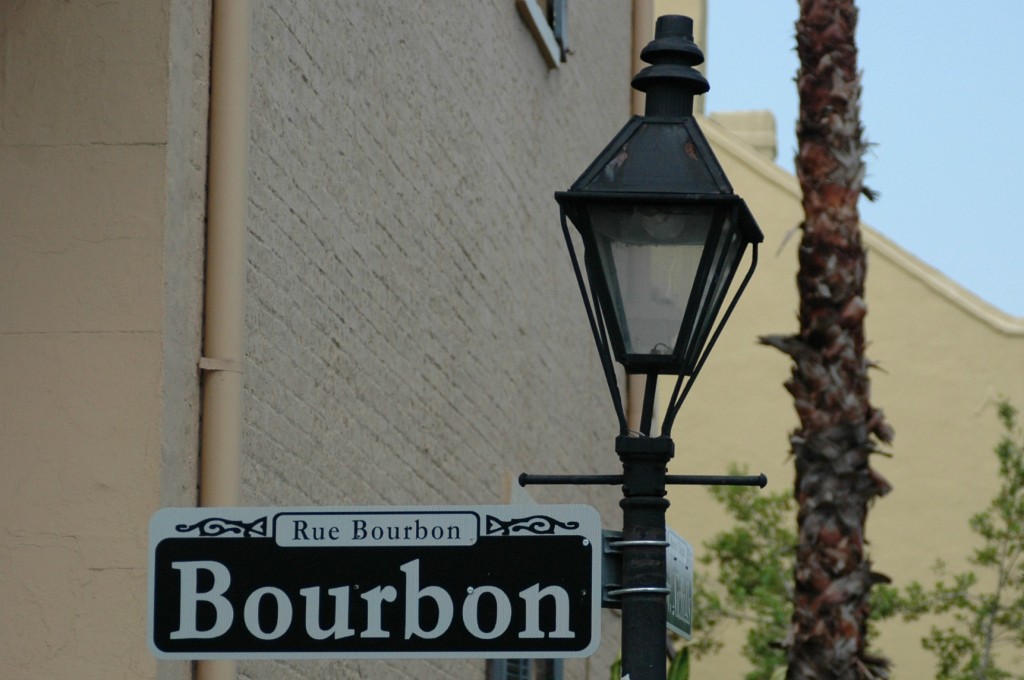 (5) Everyone will think you’re from New Orleans….and tell you about their visits there

Yes, this is exhausting to have to explain to every person you meet that everyone from Louisiana is NOT from New Orleans or the surrounding region. I’ve started to refer to my hometown in terms of the distance & direction from New Orleans. I’m from Lafayette, it’s about 2.5 hours West of New Orleans. That usually shuts them up and gives them some geography puzzle to keep their brain busy.

It’s really quite sad the first time you’re not in the “homeland” for Mardi Gras. You may even forget that it’s Mardi Gras. This year, I was driving to Chicago that day. The rest of the country had no idea it was such a special, fun holiday and people were drinking and partying their asses off down in South Louisiana & beyond. Sometimes I’ll remind people that it’s Mardi Gras by bringing in a King Cake or by wearing and distributing beads. However, see they will think it’s all about boobs (see below). Oh, and give up on trying to find a decent King Cake in your new region/hometown. I’ve just given up on that and started baking my own. It’s really not that hard.

(7) People think Mardi Gras is all about boobs

Seriously, people. It’s not all about the boobs. The whole boobage thing is pretty much only in New Orleans and Mardi Gras is celebrated not only throughout the state, but in the entire Gulf Coast region. Mobile, AL also claims to be the “Birthplace of Mardi Gras”

People will ask you if you eat snake – for real. I’m not kidding. A friend of mine from college was asked if we had roads in Louisiana – they thought we all paddled around in canoes (little did they know they are called “pirogues”, but I digress….) Be prepared to answer silly questions like this – from pretty much everyone you meet.

The funny part is when you’re back home, you’ll forget where you are and start spelling your name and get strange looks. Yes ma’am, I know how to spell “Prejean”… 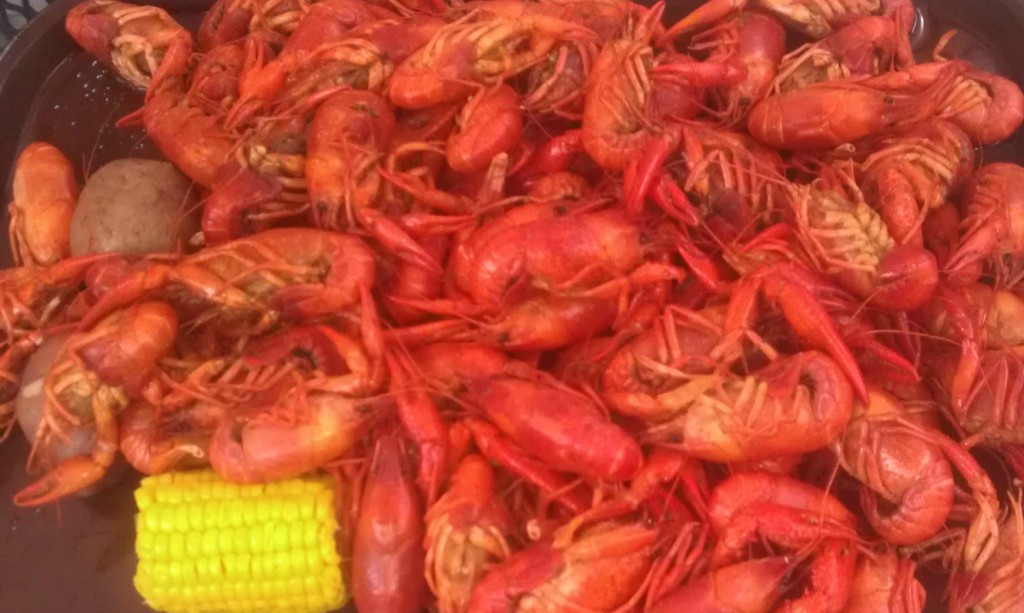 (10) You’ll miss boiled crawfish more than you can imagine

During crawfish season (and as a true Cajun, you’ll know what I mean by “Crawfish Season”), you’ll pine for those tasty little boiled mudbugs. You’ll be frustrated by your friends still living in South Louisiana posting their Friday night outings to local crawfish joints on Facebook. You’ll mourn the loss of such a tasty delicacy, you’ll wonder how the rest of the world can go on not knowing how wonderful those tasty little mudbugs are.

(11) Not everyone drives a truck

Down South, it seems that everyone either drives a truck or has a family member with a truck. In general, this same rule applies to boats. 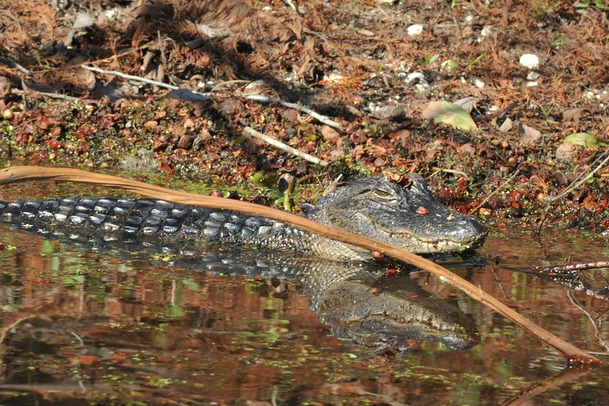 I love that show and it’s mostly because I love to hear Troy’s accent. It’s so comforting. I associate it with home and the Cajun people. My mom thinks the show makes Cajuns look uneducated and portrays us in a negative light. I say keep that show on TV as it’s a great connection to home for me. I don’t have that Cajun accent and I get questioned frequently as to why I don’t speak with an accent. I can’t explain it, but sometimes I wish I had that accent. I find it a bit endearing.