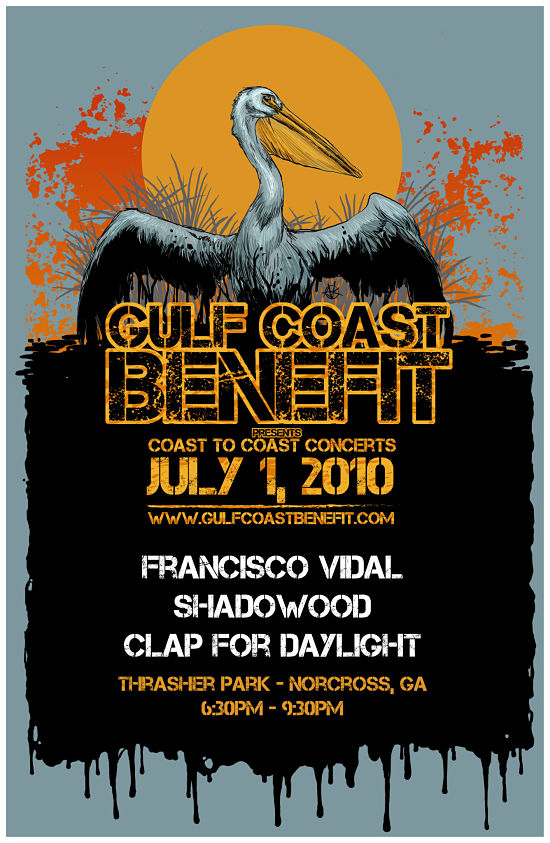 Today I’d like to revisit an important event that occurred on July 1, 2010. Five years ago, after the explosion of the Deepwater Horizon rig, I felt helpless watching the residents of Louisiana suffer as a result of this accident. This situation was not only impacting the region in an emotional and financial way, but also environmentally. The oil & gas industry in Louisiana makes up a majority of the economy and fishing in the Gulf also provides the income for many families living in South Louisiana.

As I was watching the situation unfold and feeling helpless and so far from home, I was looking for ways to send aid to my home state – the place that still lives in my heart. Just as I was searching for a way to help, I saw a post on Facebook announcing that there would be an effort to organize nationwide concerts across the United States for the benefit of aiding in the cleanup and restoration of the Gulf region in the wake of this disaster. I received this information around June 15th. With a target date of July 1 for the nationwide concerts, this gave us a mere 2 weeks to plan. This is when my naiveness came in handy. I had no idea what a huge amount of work was ahead to pull this off in 2 weeks, but with the help of friends, family and co-workers here – we exceeded everyone’s expectations.

Right after learning about these nationwide concerts, myself and a few co-workers quickly went to work. All of us started publicizing the concert to our friends, asking for help. We secured a location at an outdoor park near our office. I started canvassing the businesses nearby asking for help promoting the event and if they’d like to participate in some way. At this point, I didn’t even have posters printed yet or a final word on which bands would be participating. 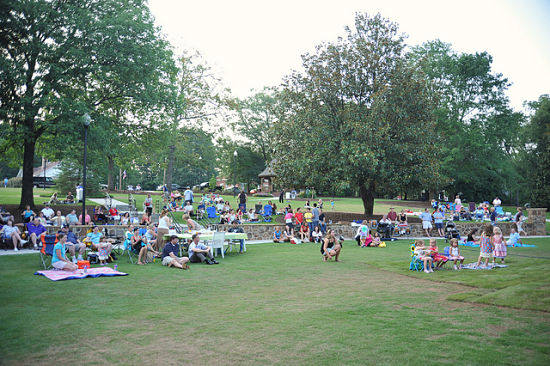 I’ll never forget one of the bar owners totally blowing the idea off and arrogantly telling me that I only had 2 weeks to plan and promote this – that was too short of a time frame and he didn’t think we’d be able to pull it off. His response was shocking, I had no idea that we were attempting the impossible. Needless to say, he wasn’t interested in participating. His parting remarks were that he’d hang a poster advertising the event, but that’s all he was willing to do. I think he was totally smug thinking that we’d never be able to pull this off.

I had the last laugh when I walked back in there a few days later with professionally printed posters, complete with event details and THREE bands lined up to play the evening of July 1. He honored his commitment to hang our event poster in his window and I proudly taped it to the front window for him.

I’ve got to give enormous credit to my co-workers at my former job: two of them were members of bands, so they recruited their band-mates to play for the concert. There was even an acoustic guitarist – Francisco Vidal – that donated his time and talent to be the opening act. All it took was an email to a few local artists and he quickly volunteered to help.

The posters were taken care of by another co-worker – she frequently ordered printed materials from a local copy shop and she asked them to donate printed posters for our event. They arrived that afternoon via courier and they were BEAUTIFUL. It was almost like magic – this community was coming together before our eyes and it almost left us speechless.

The concert was free, but we did ask for a donation from the attendees. To increase our revenue streams, we decided to offer baked goods for sale at the concert – a good old fashioned bake sale. I baked an enormous amount of cookies, brownies and cookie bars. 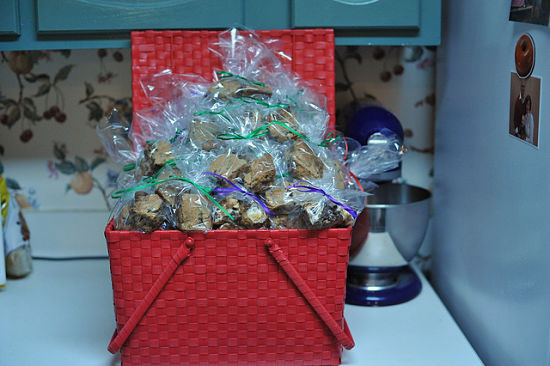 The pile of baked goods for the bake sale.

I brought them into the office that day so they wouldn’t melt sitting in my car and was delighted when we returned to our cubicles after a meeting to see that many of the items had been purchased and the customers left money in place of the baked goods – all on the honor system. 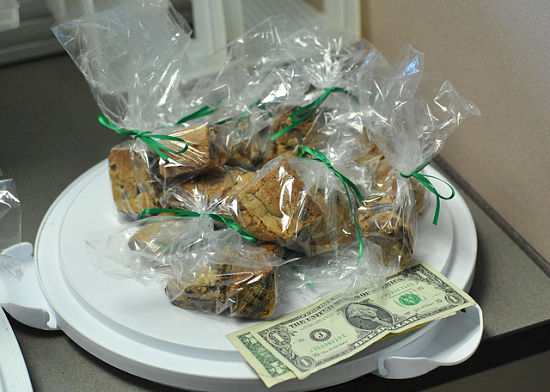 Later that afternoon, we arrived at the venue location, more baked goods came pouring in – a wife of one of the band members baked all day with her children. The efforts of the community were stunning, heart-warming and incredibly motivating. There’s nothing like being a member of a great team that is accomplishing the impossible. <—tweet this

Many customers would simply hand us a $20 bill as a donation. Some might take a pack of cookies or a brownie for that $20 donation, but all in all we were amazed at everyone’s generosity. 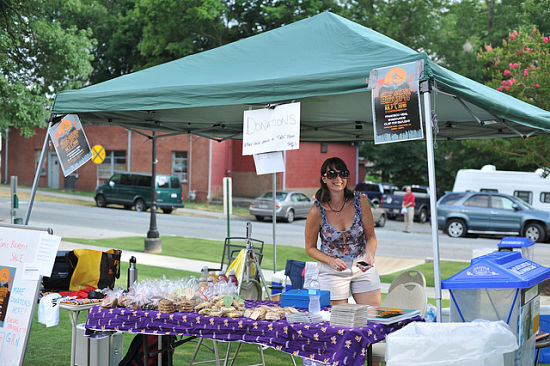 Laura manning the merch & bake sale booth at the concert

At the end of the night, we were able to donate $3,500 to the Gulf Restoration Network to further their efforts to help in restoring the Gulf and cleaning up the oil from the disaster.

Clap for Daylight – one of the bands that donated their time + talent to the Gulf Coast Benefit concert in Norcross on July 1, 2010

Even when you live far away, your community still lives on in your heart. By helping to organize this concert, I felt like I was at least doing something to contribute to the solution. It was a fantastic feeling and during the process of planning this event, I discovered a community which I didn’t even realize I was there to support me. I will forever remember this day. It was one of the most gratifying experiences of my lifetime.

What do you enjoy most about working with others in your community?

For information on the bands who donated their time + talent to this concert and to say thank you to them, you may find them here: