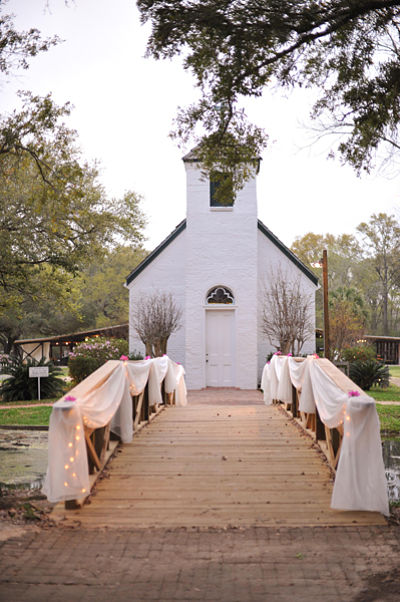 Since moving away from Lafayette so many years ago, I’ve attended a number of weddings and it quickly became obvious to me that Cajun weddings are not “typical” – we have some traditions that other cultures don’t necessarily follow. To inform those not in the “know”, I thought I’d put together this handy guide about some things you may see or experience at a Cajun wedding

Our weddings are casual, fun and likely involve plenty of alcohol – and that’s just a start.

You may wear anything from jeans and cowboy boots to a suit if you wish. No one will look at you like you’re not dressed appropriately. No pretentious people here, that’s for sure.

Cajun weddings have no assigned seating and serving of formal, plated dinners. The best part is that you get to choose what you want to eat from the buffet, when you want to eat it and go back for seconds if you’d like. No judgement. 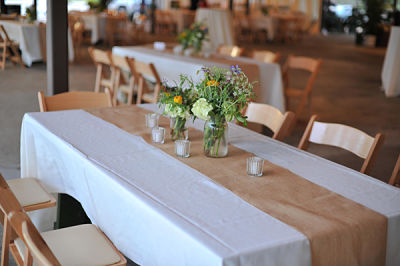 Table decorations at a traditional Cajun wedding – simple, no seating or table assignments

3. No assigned seating and table assignments

Since the meals are served buffet style – there’s no assigned seating at tables. You can sit where you like and even change seats during the evening. There’s no forced conversations between people you hardly know and no fussing about who will sit at which table or having to create place cards for each guest. 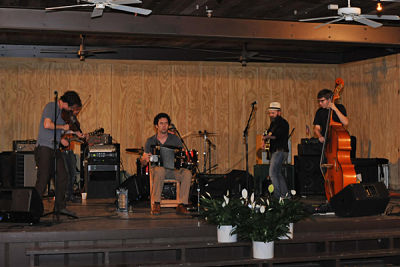 A traditional Cajun band playing at a Cajun wedding reception

4. Entertainment at the reception

There will most likely be a Cajun band with a fiddle (not a violin) and a squeeze box (accordion) or a DJ, but we keep things simple…..no fancy pants bands necessary. 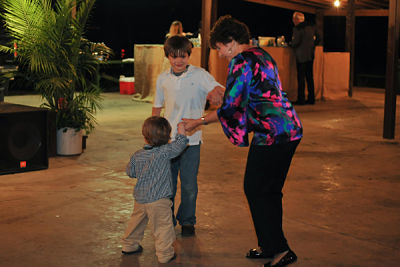 The music is sure to get your toe’s tappin’, so find a dancin’ partner

5. Find a dancin’ partner – anyone will do

Grown adults dancing with children and women dancing with each other is commonplace. It really has nothing more to do with just having fun – plain and simple.

You’ll most likely have the time of your life. Cajun weddings are fun. I credit the typical “joie de vivre” spirit of the Cajun culture. After our wedding, I was told by numerous people who attended that our wedding was the most fun wedding they’d ever attended – and our wedding was tame by Cajun standards. 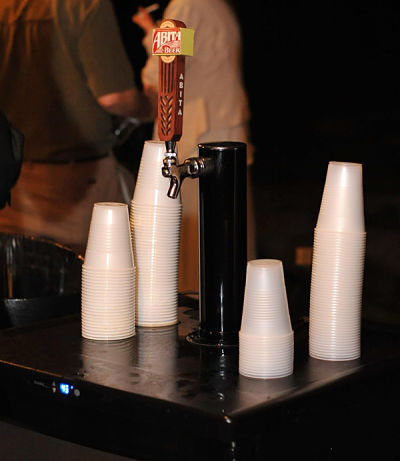 7. There will be beer and most likely it will be self-serve

There will most likely be an open bar, with a self-serve keg and a sleeve of plastic cups. Efficient, no? I think so.

8. Yes, alcohol at the church is allowed

Don’t be surprised if the wedding and reception are held on the grounds of a Catholic church and there’s plenty of drinking afterward. Just because a wedding is held at a church doesn’t have any bearing on whether there will be alcohol. In South Louisiana – alcohol is usually a given at any gathering. 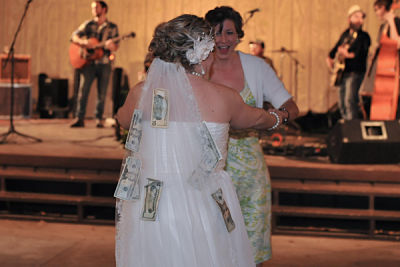 The bride dances with guests in exchange for money in the money dance.

9. Why is everyone pinning money on them?

In Cajun culture, if you any of your older siblings are still unmarried, it’s customary to have them dance with a mop or broom during the reception.

11. What’s this I hear about jumping over a broom?

Prior to the oil boom in the 1930’s – there were few bridges and roads in rural Louisiana. As a result, many communities were isolated and travel in many areas was  difficult. As you can imagine, trips to a church or courthouse were not possible in many of the extremely rural areas. Some couples would opt to travel to Lafayette to obtain their official marriage license. If they were unable to travel to Lafayette, they would have to wait for a priest to come to them. In the meantime, friends and family of the bride & groom would hold a broom and they would jump over the broom as a way of making the marriage official until it a priest or judge would come to their area and perform a proper ceremony.

Most likely there will be a second line at some point during the reception. A second line at a wedding reception is usually prompted by the “Second Line” song. It doesn’t take long for a line to form and weave its way through the reception hall – all in attendance usually join in waving a parasol, handkerchiefs or cocktail napkins – whatever they can find – in celebration.

I’ve been to weddings where receptions consisted of assigned seating and plated dinners and buffet dinners with no music, dancing or alcohol and most were no fun at all. I’m here to tell you that a Cajun wedding is by far – the most fun and entertaining of the bunch. If you’re ever invited to attend a wedding in Cajun country, I encourage you to go. It’s an experience that you’ll remember for a  lifetime.